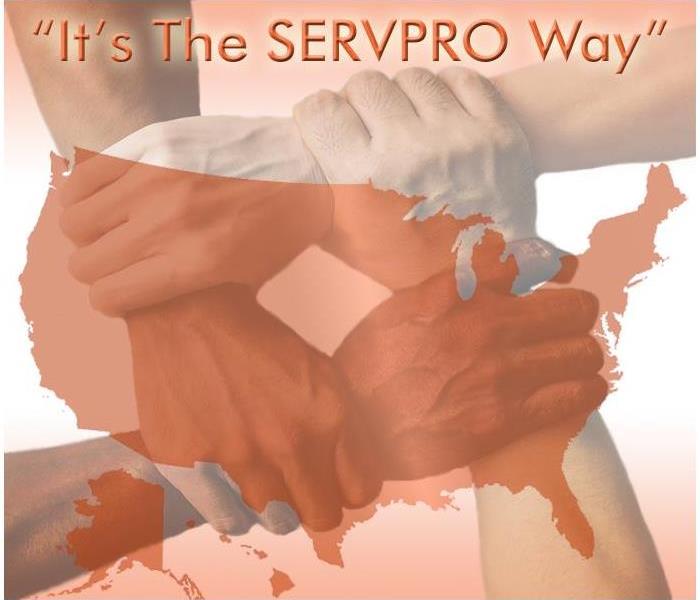 When the going gets rough – or in this case icy and cold – that’s when the nationwide SERVPRO teams REALLY get going!

Unless you’ve been on a remote trek, you heard about – and saw – the “once-in-a-generation” icy and snow storms which swept across Texas last month. And our San Antonio area homes and businesses certainly were not spared by what has been locally dubbed “snow-mageddon.”

As power grids fell like dominos and water pipes froze, the brutal conditions did not abate for days and left people to deal with impact of these conditions…while still in the midst of this frigid weather! And SERVPRO of Northwest San Antonio was not immune to these effects.

While people desperately needed water damage clean-up, we not only fielded calls 24/7 but did this while our own facilities lost both power and water service. This unprecedented weather event did not slow down our dedicated teams – despite the fact that one of our production crew chiefs had broken water pipes flood HIS home!

Obviously, every SERVPRO in Texas was literally “flooded” with calls for assistance, as the damage continued to compound with each sub-freezing day. Along with plumbers, SERVPRO became the most in-demand pros and eventually had to accept they were in over their heads trying to serve everyone in need.

While willing plumbers from other regions tried to jump in to assist, the majority of property owners and managers found themselves scrambling to find someone – anyone – to help. And although these acts of goodwill did not go unappreciated, the lack of a central “clearinghouse” to prioritize and coordinate these service requests left many still floundering even weeks later. Fortunately, this was not the case with SERVPRO. Enter the SERVPRO Disaster Recovery Team!

Putting out the SOS to trained field technicians and crew chiefs nationwide, the Team marshalled these professionals, mobilized far-flung units and headed to Texas. These teams have the knowledge, equipment, and – most importantly – experience to deal with anything Mother Nature can dish out. This SERVPRO network of strategically positioned storm teams remains on standby should a disaster strike near you…available 24 hours a day and 365 days a year.

With the ability to mobilize local command centers, along with the resources of more than 1,700 franchises nationwide, no disaster is too big. Past mobilizations of the Catastrophic Storm Response Teams include:

Our local SERVPROs have welcomed assistance from teams as far away as Montana, to ensure we can service all calls. With these added “helping hands” we encourage those who experienced property damage to call all of the local franchises, who have coordinated with the Recovery Team to dispatch personnel where needed. You will be placed on a prioritized waiting list, and the first available team will be assigned to your property.

Of course, those affected can minimize the impact by removing all damaged carpet or flooring, and any other “waterlogged” materials, so your response team can get right to work cleaning, drying and dehumidifying your space. This simple preparatory step can result in a noticeable lessening of required drying time. Many have relied upon their friends, neighbors, coworkers and members of their local church congregations to assist in these efforts. But, considering the nature of Texans, this “neighborly” attitude is just business as usual for us.

However, as any son or daughter of the Lone Star State knows, this “helping hands” attitude has been known to stop at our state line. So, why would someone from the far northwest of the U.S. trek all this way to help US?!? The owners of our SERVPRO of Northwest San Antonio simply stated, “It’s just the SERVPRO way.” And for our money, that “Good Samaritan” philosophy ALONE is reason enough to always choose SERVPRO!