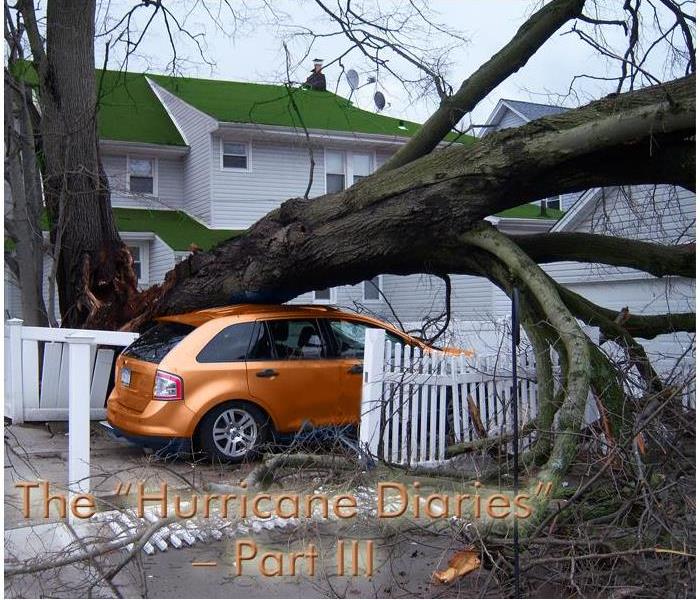 You hear “hurricane” and think driving rain & boats on flooded streets, but many DON’T realize hurricane-force winds can cause even MORE damage!

Lately, when someone says “storm” the majority of us IMMEDIATELY recall the grim days this past February when Arctic air invaded our normally-temperate state. However, the rising temperatures help to make those memories quickly recede. After all, spring is a time to look forward to the warm summer days ahead.

And along with the endless summer days filled with fun in the sun, the month of June also heralds the beginning of something ELSE—Hurricane Season! Experts have even started to make their predictions for the upcoming Atlantic storm season just one week into April…and it looks like we could be in for another rough ride:

“Colorado State University Tropical Meteorology Project released its annual hurricane season outlook on Thursday (April 8), which is predicting for an above-average season in 2021…

So it seemed like a good time for our team member to once again call on another of her hurricane memories, growing up on the Gulf Coast. We heard about her first – extraordinarily memorable – childhood experience with Hurricane Carla in “The ‘Hurricane Diaries’ – Part I & Part II” and now she’s sharing one of her storm “adventures” from her early years as a working journalist in suburban Houston:

“I had recently moved from a part-time ‘student’ position to a full-time, full-fledged, staff member of ‘The Deer Park Progress’ newspaper – one of a group of weekly suburban papers owned by a Texas publishing family. Incidentally, one brother owned all of the weeklies and biweeklies, and the other brother owned all of the daily Hartman newspapers. So for a novice journalist, this seemed like a great launch pad for what I knew would be my illustrious career. Yeah, we were all once young and naïve!

“Anyway, as the newly-minted Assistant News Editor, I was filled with zeal and ready to handle whatever was thrown my direction…to both prove my journalistic worth and earn that future Pulitzer Prize! So when Hurricane Allen blew into the Corpus Christi area, it put the Galveston Bay area (in which both my hometown of La Porte and my newspaper ‘beat’ of neighboring Deer Park) squarely in the path of the northwest ‘whiplash’ I had heard about since preschool.

“And after a rather ‘interesting’ night in my ‘grown-up’ two-story townhome apartment in nearby Pasadena, Texas – with my parents (who had evacuated from their bayfront home prone to flooded roads used for ingress and egress) AND my now live-in boyfriend (who attended law school at our mutual alma mater, the University of Houston, but my parents had ASSUMED still lived with his parents in Katy) – I was quite eager to report for work the next morning!

“And so I set out for the newspaper office, trying to navigate around all of the damage en route, and stopping to document the most striking images of Allen’s handiwork. I had learned well from an early instructor to ALWAYS have my reporter’s notebook, camera and film on-hand. Maybe THAT’S why the entire back seat of my car always looked like a combination of a rolling office, newspaper archive library and the place takeout containers and wrappers went to die?

“Downed trees, roofs blown completely askew on homes and businesses alike, recreational boats strewn on front lawns, and surreal images of entire walls missing from buildings, provided plenty of fodder for my 35mm Pentax camera. No stranger to this type of landscape, I carefully crawled through back streets and around obstacles in an effort to make it to the office. Remember, cell phones were still the stuff of James Bond and space age TV shows, back then. As a result, any smart reporter ALSO made sure to have plenty of change for pay phones in their ever-ready arsenal.

“So, in addition to trying to drive through hurricane flotsam and jetsam, I was also looking for a working pay phone! Yeah, I know, it’s a pretty laughable scene…especially decades later.

“More than two-and-a-half hours later, for what was normally a 15 minute drive (even with school zones), I was within a few short blocks from the Progress office. And THAT’S when it happened!”

We’ll pick up her story in the next installment post, to see what happens in this adventure. But, in the meantime, this picture she paints of the devastation hurricane-force winds can cause. Never underestimate the damage something as simple as an ordinary garbage can lid can do, when traveling over 65 miles per hour…let alone something MUCH larger!

NOW is the time to start planning for the upcoming season, and make sure you have the 24/7 number for SERVPRO of Northwest San Antonio handy. Not only do we handle flood and rising water damage, but our expert team is also equipped to handle major storm damage caused by winds, as well. So in this upcoming hurricane season, if you find yourself with your OWN entry in The “Hurricane Diaries” then know we’re just a phone call away and ready to make it “Like it never even happened.”