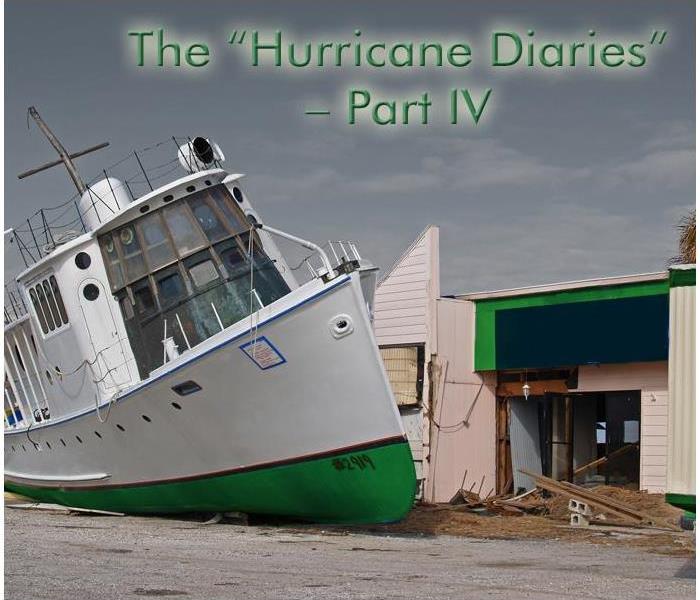 They say “rising tides lift all boats” but mix those flood-level tides with 100+ mph hurricane-force winds & you get more than metaphors to deal with!

With the start of the annual Atlantic hurricane season just around the corner – that’s right, the first of June is less than SIX WEEKS AWAY – now is the time to start your preparations and planning, in case the worst-case scenario happens. And anyone who has spent time along the Gulf Coast knows exactly how bad that can be!

For those uninitiated into life in coastal regions during storm season, one of our team members spent her entire childhood, and many of her adult years, working and living through some of the truly epic hurricanes. For those who have never seen first-hand what really happens when a hurricane hits, she shared in her first two “Hurricane Diaries” entries those first memories (as an impressionable kindergartner), of when Hurricane Carla hit her hometown.

Fast forward almost two decades, as she began her career working for local newspapers, when she had the chance to experience the aftermath of another record-breaking storm – Hurricane Allen – from both a personal and journalistic perspective. She set the stage in her most recent entry, “The ‘Hurricane Diaries’ – Part III” and left us with something of a cliffhanger as she was trying to report for duty at her newspaper. So let’s see what happened NEXT:

“As I mentioned, after literally spending hours to travel less than 20 miles, I was within ‘spitting distance’ (gotta love those Southern colloquialisms!) of reaching my office, when fate and Hurricane Allen intervened!

“A downed tree (in full leaf, no less) had left a path on the side street where I was slowly traveling, but – I quickly found out – had ALSO completely obscured a bent stop sign. By the time I saw it, both my slightly water-logged brakes, and the brakes of the unfortunate vehicle coming up from the cross street, failed to stop the inevitable collision.

“Sadly, this was not my first post-college car – a little blue 1972 used Toyota Celica that I had paid $750 to acquire. OH NOOOO…it was my shiny new sporty red Pontiac Sunbird, which had just gotten its ‘official’ metal license plates that very week from the dealer!

“On the plus side, it was quickly and easily ruled a ‘no-fault’ situation by the local police so with no major injuries and vehicles that were able to drive, we each went on our way. And that’s how I finally arrived at the paper...dented brand new car and a knot the size of a lemon (and color of a pomegranate) on my forehead.

“However, dedicated journalists that we were, we worked throughout the day, as power and information were available and my family doctor told me via phone to advise several of my close staff member friends to watch me for signs of a concussion. To this day, I don’t know for sure whether or not I had actually sustained a concussion in the collision, but I DO know it was one heck of a headache that lasted long into that evening!

“And for this effort and dedication, my reporting and photos of local Hurricane Allen won several area and state journalism awards later that year. And – because nobody went into journalism for the money – my little ‘Rosie’ car wore that driver-side rear panel dent as a journalistic badge of honor for a number of years.

“Yet, I must give credit where credit is due, as I took a page from my college photojournalism mentor’s teachings. I remembered that people were the KEY component of true visual journalism. So I not only photographed ‘damage’ but also the resiliency of these Gulf Coast hurricane veterans and novices, alike, and documented their journey to recovery. I still firmly believe this combination of both the ‘bitter’ and ‘sweet’ accounted for those awards!

“This time spent with those victims brought to mind earlier days with my parents…both preparing for an incoming storm, as well as cleaning up the aftermath. Seeing the level of damage hurricane-force winds could inflict gave me a whole new level of respect for my Daddy, with his carefully measured, cut and labeled plywood panels for each of our home’s windows.

“At the beginning of every summer, he would bring this cache of supplies down from his workshop attic rafters and inspect each one to ensure it would be ready when the next hurricane threatened to blow into town. And, for EVERY home where we lived all along the Gulf Coast – from Alabama to Texas – one of the first things my Daddy always did was to create properly measured and cut window boards customized for that particular residence. Let me just say, Hurricane Allen gave me a newfound appreciation for his diligence!

“And seeing people not only trying to salvage their possessions but also struggling to secure their wind and water damaged properties, now gives me ADDED respect for the work and skills I’ve seen from our SERVPRO of Northwest San Antonio team. Knowing that EXPERT help is just a phone call away, gives me an added layer of ‘peace of mind’ and instills me with the same sense of pride I experienced when I won those awards for hurricane coverage!”

Fortunately, here in the San Antonio metro area we rarely have to deal with the frontline effects of a hurricane landfall. However, we ALSO know that torrential rains and gale-force winds moving inland can still pack a SERIOUS punch…which is why SERVPRO of Northwest San Antonio should also be included in YOUR disaster plans and preparations!