It’s NEVER Too Early To Be Prepared! 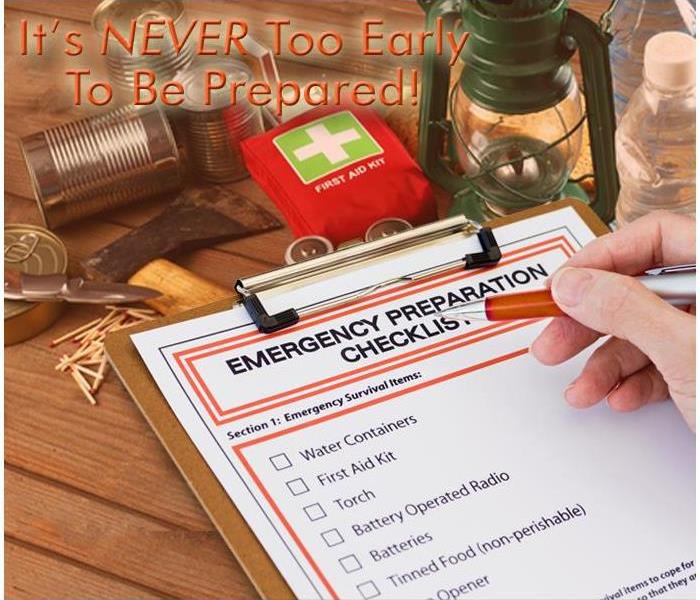 Whether hurricane, polar vortex or any other natural disaster, it’s ALWAYS a smart idea to be ready for whatever Mother Nature throws our way!

It’s THAT time of year…again! It hardly seems like a year has passed since we faced the start of another hurricane season here in Texas. Yet, once again, the first of June has rolled around and we can only hope the 2021 season doesn’t try to outdo LAST year!

Honestly, we cannot recall working our way through the entire alphabet of names and then moving into GREEK letters! But from OUR standpoint, we sure know it was memorable…and considering the stats, this comes as no surprise:

“The 2020 Atlantic hurricane season was the most active and the fifth costliest Atlantic hurricane season on record. The season also had the highest accumulated cyclone energy since 2017. In addition, it was the fifth consecutive above-average season from 2016 onward. The season featured a total of 31 tropical cyclones, all but one of which became a named storm. Of the 30 named storms, 14 developed into hurricanes, and a record-tying seven further intensified into major hurricanes. It was the second and final season to use the Greek letter storm naming system, the first being 2005. Of the 30 named storms, 11 of them made landfall in the contiguous United States, breaking the record of nine set in 1916. During the season, 27 tropical storms established a new record for the earliest formation by storm number. This season also featured a record 10 tropical cyclones that underwent rapid intensification, tying it with 1995.”

Maybe because of everything ELSE Mother Nature threw at us after that interminable hurricane season ended, it just feels like we’ve hardly gotten a respite. However, the extended polar vortex, combined with tornadic windstorms and torrential flooding rains DID give us plenty of insights and hard-won experience in being prepared! So it’s time to gird our loins – armed with valuable knowledge – and face the 2021 hurricane season head-on.

And the best way to make sure you can “weather” whatever shows up on the radar, is to be prepared BEFORE disaster looms! Even if you never need it (fingers crossed), having an Emergency Checklist and “go-bag” of everything you need, will save you valuable time – along with a bit of sanity – IF the worst-case scenario does happen.

Now this will look different for every family and household. But, everyone should have the “bare necessities” handy and either pre-packed or easily accessible if the need arises. Emergency preparedness can range from a few “well, of course” items full-on “survival in the wild” supplies. So we’ll start you off with some basics and over time (and with some “experiences”) your personal checklist and supply stockpile will evolve to suit your particular family and needs.

Certainly this is NOT an exhaustive list and you will have other items specific to your particular household and life. But it does give you a good starting point. And since many of these items have an extended “shelf life” you can pack them away and have them ready to go in case of an emergency – whether evacuating or just hunkering down and trying to make the best of things in your own home. Then, after whatever “disaster” has passed, remember your local SERVPRO of Northwest San Antonio is ALSO prepared to deal with whatever Mother Nature did to your home and possessions!